B.C. sets the table for major changes in modernization of forestry sector 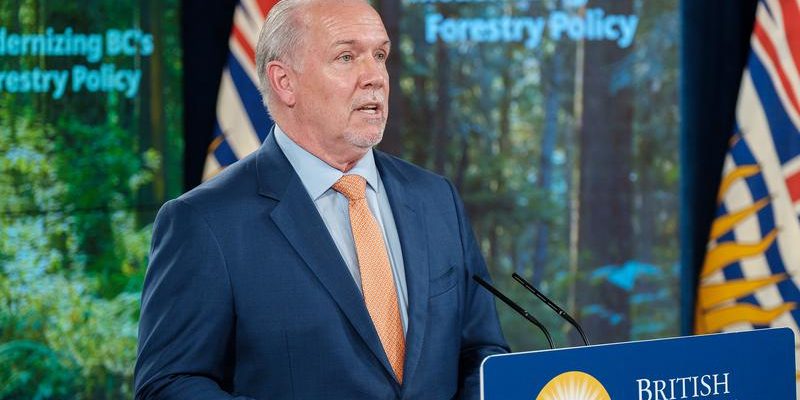 Image courtesy:  Province of BC

PRINCE GEORGE – In a much-anticipated announcement, Premier John Horgan says the way forestry is done will change drastically to benefit communities that have been hit hard over recent years.

The Premier mentioned the town of Mackenzie by name who recently saw their largest industry tenant shut its doors.

The changes are part of a new policy proposed under the new government with 20 intentions labeled in a new report.

The entire report is available here, but lays out plans for tenure management, including possible tenure takebacks if needed.

The Premier was unable to answer how the monopoly from the big five forest companies in BC would be disbanded but did offer details about how Indigenous peoples in BC will benefit from better access to forestry opportunities.

John Brink, from Brink Forest Products part of the announcement to emphasize the need for change, and for smaller companies to be part of a new plan.

Intentions deliver on calls for action for old-growth forests although the full plan will not be in place until 2023.

Horgan said the plan will take time to implement but he said that time will be needed to make sure the plan can work for more than 50,000 in the province who depend on forestry for a living.

Better flexibility on how a large decline in available timber was also labelled as a priority for the government, as they continue to try and make communities less volatile to the pains of the market.