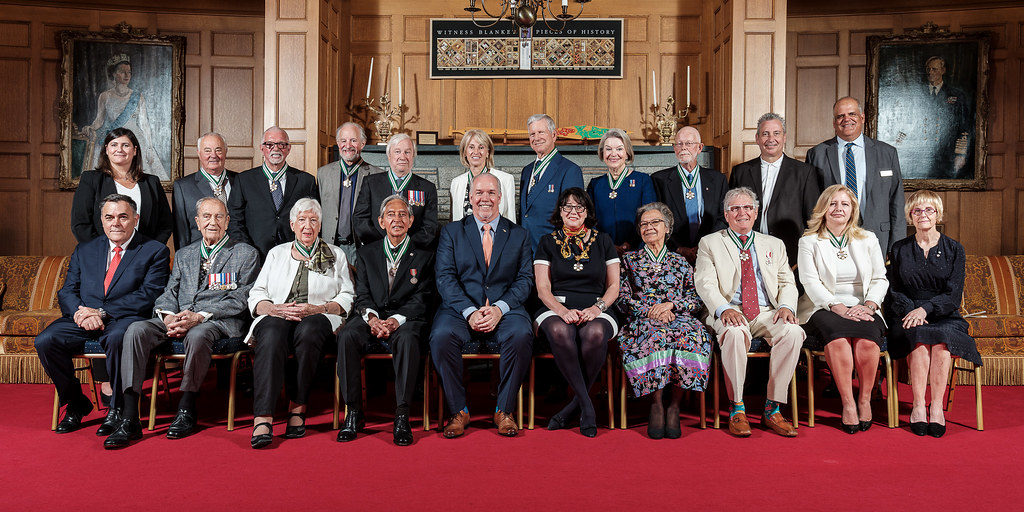 Fifteen people will be invested into the Order of British Columbia during a ceremony at Government House on Friday, June 28, 2019, at 11 a.m.

The ceremony will be streamed online: http://video.web.gov.bc.ca/gh/live/orderofbc.html

“As chancellor of the Order of British Columbia, it is my great honour to congratulate the exceptional individuals being invested into the order,” stated Janet Austin, Lieutenant Governor of British Columbia.  “The work and generosity of these inspiring British Columbians will leave lasting legacies for the benefit of their communities and our province. It is a privilege to be able to extend thanks in person to all new members attending the investiture ceremony at Government House.”

“Congratulations to this year’s recipients. The height of your achievements is matched only by the diversity of your contributions to our province,” said Premier John Horgan. “May your achievements inspire future generations of British Columbians to follow in your footsteps and create a better B.C. for us all.”

Recipients being invested today are:

The Order of B.C. is the Province’s highest honour. Since its inception in 1989, 447 British Columbians have been appointed to the order from all regions of the province.

As well as the Order of B.C., people may nominate individuals for the Province’s newest honour, the Medal of Good Citizenship. The medal recognizes citizens for their exceptional long-term service and contributions to their communities without expectation of remuneration or reward. The medal reflects their generosity, service, acts of selflessness and contributions to community life. Nominations are accepted year-round.

The Order of B.C.: http://www.orderofbc.gov.bc.ca