Ewert off to 2019 Canada Winter Games 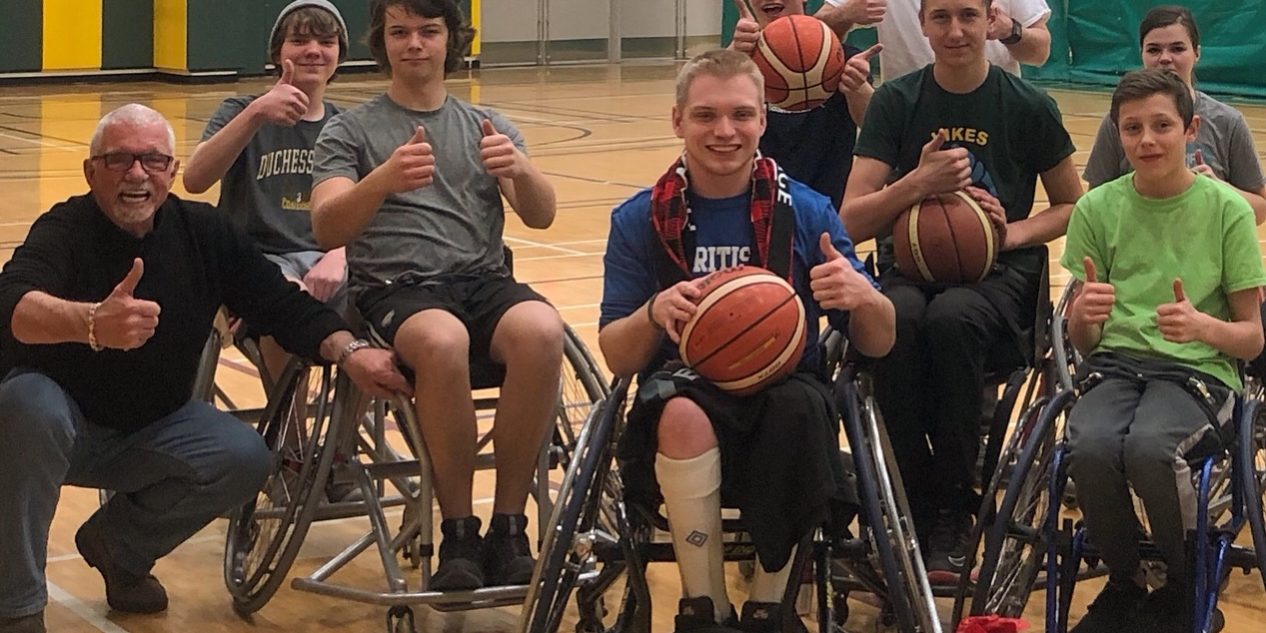 While para-athletes from around the world are descending on Prince George this week, of our own is going the other way.

Joel Ewert is leaving today, en route to the 2019 Canada Winter Games in Red Deer where he will co-captain this province’s wheelchair basketball team. It will be his second Canada Winter Games, his first being right here in Prince George in front of a hometown crowd.

Team BC finished seventh at the 2015 Canada Winter Games, so a medal would be awesome, even though they won’t be on home turf.

“Obviously Team BC won’t have the awesome support that we had in 2015 with everyone who came out,” he says. “We might have the crowd against us. Last time we tried to make the crowd excited, now we’re trying to silence the crowd so we can take home a medal.”

Ewert has been playing wheelchair basketball pretty much all his life. The 19-year-old has been competing in the sport for 14 years.

“Lots of time, lots of practice, lots of fun,” he says.

While he is focusing on Red Deer right now, he also looking to the future. After the Games he says he will take a little time off from basketball and focus on another sport where he has also set his sights high.

“The wheelchair rugby national team tryouts are coming up in March,” he says. “I’m going to take a little bit of time away from basketball after the Games and put a little more focus on rugby so I can crack the Canadian squad.”

As one might expect, wheelchair rugby has some contact but getting injured is a risk in both wheelchair basketball and rugby.

“There’s definite some contact in rugby,” he says. “There’s not as many rules around the contact, but the spills in basketball are often more violent. You’re going a little quicker because the chairs are lighter. They’re both definitely contact sports and not for the faint of heart.”

You learn how to take a spill, he says.

Ewert also has a tough training regimen that sees him in the gym twice a week to lift weights, then there is cardio training and basketball and rugby practices every week. And he’s on the road at competitions … spending eight of the first nine weekends of the year out of town.

“Somewhere in there I fit in some school,” says the UNBC bio-med student. “It’s been fun. I’m trying to balance it all. I’m definitely motivated to succeed in sports and in school. A lot of the things that sport has taught me I’ve been able to apply in school and vice versa.”

Ewert has been selected as the Brink Group of Companies Athlete of the Month and founder and CEO John Brink presented Ewert with $500 Monday to help with his trip to Red Deer.

“We want to compliment everyone for being such great athletes,” Brink told Ewert and his training team members. “There are three cornerstones to everything you do in life and you guys are perfect example of that … attitude, passion, and work ethic resulting in success.”

At only 19 years old, Ewert will still be eligible for the 2023 Canada Winter Games as well, so that will be a focus in the future too.

“I will continue to stay active and improve myself as an athlete,” he said.