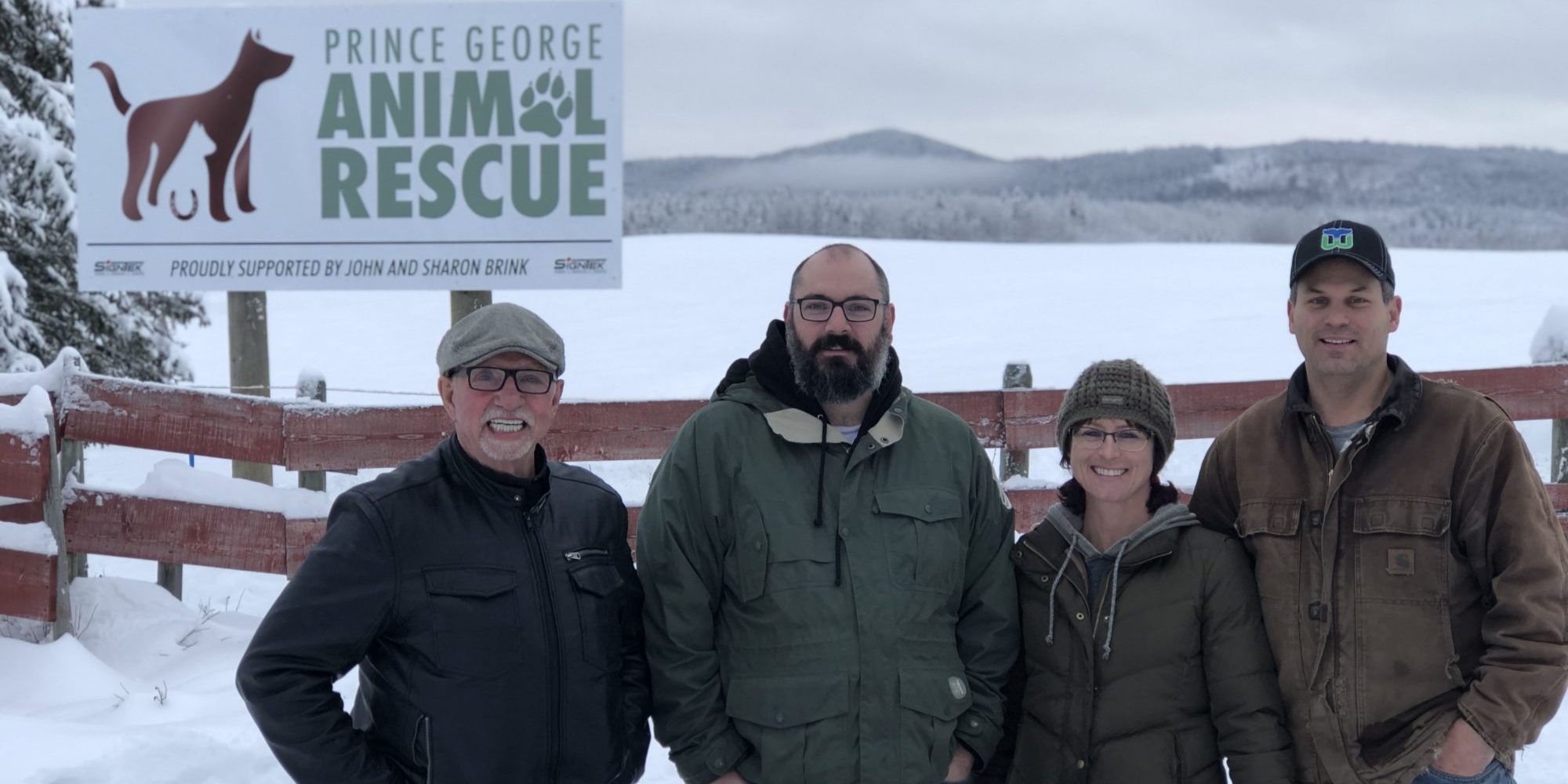 It’s a new year and a new name for one local animal rescue organization.

“We wanted to let people know that we did more than just horse rescue,” said Nicola Redpath who, along with Grant Stubley, operate the facility. “We want to let people know we are very much into rescuing dogs and cats, so we had to re-invent ourselves.”

They have been rescuing animals since 2003. Prince George Animal Rescue is a registered non-profit animal rescue specializing in rehabilitation and relocation to approved homes. It is SPCA approved.

“We still have livestock and horses, but a big part of what we do is the dogs and the cats,” she said.

It was a busy year in 2018 at the facility, which rehabilitated and rehomed 81 cats, 35 dogs, 10 horses, two pigs and three goats.

“We still have several in our care that we are carrying over into 2019,” she said, adding they handled fewer horses in 2018 than usual but more cats and dogs. “This is the sort of business that you want to go out of business, you want your numbers to be low, not high.”

Two years ago the Brink Group of Companies committed to donating $50,000 to the rescue operation over the next five years. Much of that has come in lumber for fences and shelters, but when they heard of the name change, they decided to help and pay for a new sign. They contacted Signtek to build the sign and when Luc Michaud at Signtek found out who the sign was for, they donated the cost of the sign. Brink then took what they would have spent on the sign and donated the cash to Prince George Animal Rescue.

“We are extremely impressed with what Nicola and Grant are doing here,” said John Brink, founder and CEO of the Brink Group. “This is an amazing undertaking.”

He added the company remains committed to help the centre.

“We want to be there for them,” he said.

Michaud said his family has adopted a cat through the centre, so it was an easy choice to help out.

“It’s something that we see value in, so we wanted to make sure that money went doing more rather than us just pocketing money,” he said.

If you’re looking to adopt and animal, Redpath says going to their website is the quickest way to see what animals are available and to contact Redpath. And, the phone works too – 250-981-8458. Or check them out on Facebook.